Orange High School’s Theatre and Band Programs, in association with Strike Anywhere Performance Ensemble, have announced upcoming performances of “Pop Up: Hillsborough, An Artistic Adventure.” Over the course of May 6 and 7, audiences will discover site-specific performances via clues on a hand-painted map of Hillsborough. Inspired by interviews with […]

Orange High School’s Theatre and Band Programs, in association with Strike Anywhere Performance Ensemble, have announced upcoming performances of “Pop Up: Hillsborough, An Artistic Adventure.” Over the course of May 6 and 7, audiences will discover site-specific performances via clues on a hand-painted map of Hillsborough. Inspired by interviews with local Hillsborough residents  Pop Up will be performed in public spaces scattered around the neighborhood of inspiration. Starting location for each performance is secret and registered audience members will receive notification the day before the show.

Developed over the past four years, Pop Up is designed to spark community connection, highlight the extraordinary within the ordinary, and shift perceptions. Pop Up is art in everyday places. Performances will pop-up on the street, in windows, parks, and plazas throughout the neighborhood — short apparitions of music, dance, theater and visual art inject a series of alternately playful, poetic or poignant performances. In developing the piece, the students conducted interviews with Hillsborough residents who were invited to share memories, dreams, rumors, anecdotes, stories and impressions.

“I started speaking with our band director at the time about ways that our programs could collaborate,” said Blake Wilson, the drama instructor at Orange High School. “I thought it would be important for band and theater students to get to work together. I knew about this group Strike Anywhere because I’d worked with them in the past, and I’m interested as a theater teacher in exploring site-specific performances, or performances that take place outside of a traditional theater place. Strike Anywhere specializes in that and they also specialize in this technique called ‘sound painting,’ which is essentially a form of live composing. There’s a conductor who uses a series of sign gestures to communicate with performers in real time. That would include musicians and also actors, so this is a great sort of experience for the band and theater students to develop their improvisational skills, but also to perform in less traditional ways. The band director and I thought this would be a great way for them to develop those skills and also to collaborate. It’s been about a year or so in the making.”

The sound painter guides the group of artists (actors, dancers, and musicians) with a series of hand and body gestures that the performers interpret to improvise in the moment. The gestural language is comprised of more than 1,500 gestures, resulting in the creation of real-time compositions, with the composer responding to the performers to indicate what happens next.

It’s a different experience for the theater students, and one they’re excited to involve themselves with and have the chance to perform.

“It’s a unique form of performance,” Wilson continued. “It’s been an interesting and unique learning process for them. I think it’s starting to take shape for them, and we’ve got guest artists here this week working with us in the run up to the show. I think you can see a lot of their ideas showing up in the show.”

Much of the material for the performances came from interviews the students held with members of the community.

As would be expected for a performance method so out of the ordinary, rehearsal has also taken a different spin.

“This week, we’re rehearsing outside at the various locations,” Wilson said. “Prior to this, we’ve been rehearsing on campus, in the classroom, working in material and all of that. So the show itself will be a combination of prepared pieces that the students have written and worked up. Then there will be an element of improvisation to it because again, we’re using that sound painting technique.”

The Orange High School Wind Ensemble will perform with the upper-level theater class, as well as some technical theater students who will be helping out. In all, about 50 students will take part in the productions.

“We like to say that it’s about affirming the importance of poetry in the everyday,” said Leese Walker, Artistic Director of Strike Anywhere. “People today are isolated, catatonic, angry and scared. Our approach inspires connection through joy, wonder and whimsy. Coming across a string trio at the bus stop, witnessing a clown in a heap of clothing at the laundromat, sweeping local residents into our ‘ephemeral choir’ — these kinds of moments celebrate our shared humanity.”

Pop Up: Hillsborough, An Artistic Adventure will run May 6-7. Performances run approximately 105 minutes.

The clue adventure starting point is secret and will be sent to registered audience members the day before. Performances take place across 5-6 locations across downtown Hillsborough. Audiences are advised to wear comfortable walking shoes. Register at http://panthertheatre.ludus.com

Sun May 8 , 2022
Keeping a consistent narrative is crucial for a brand’s credibility today; Gen Z customers, the demographic coveted by every luxury house, are drawn to designers whose work is creative and value-driven in equal measure. That dynamic isn’t lost on Pierpaolo Piccioli, who has rebooted Valentino for a new audience, amping […] 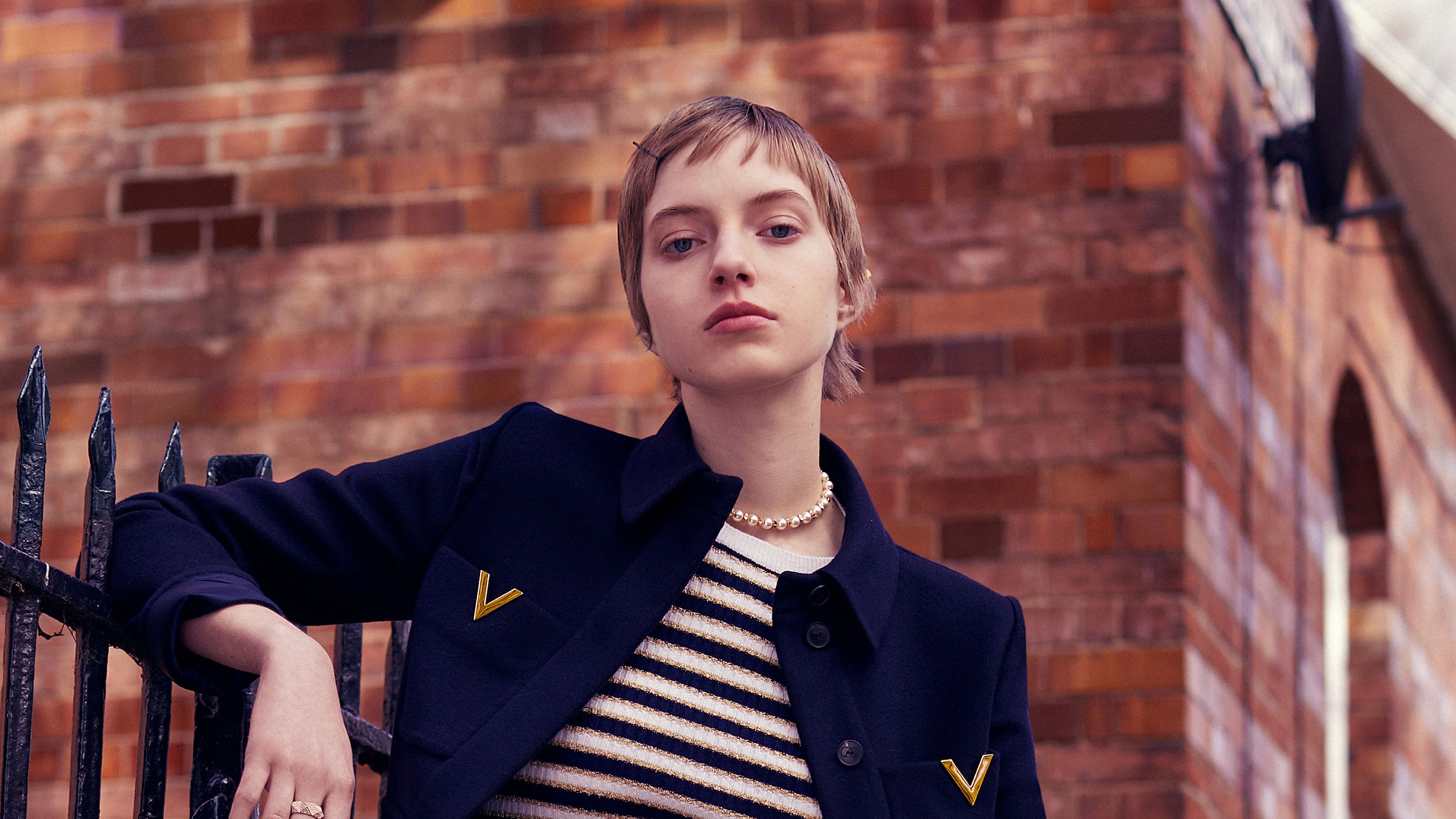