The Centers for Disease Control and Prevention said Friday it is looking into the deaths of five children linked to the growing number of mysterious pediatric hepatitis cases across the country. The agency is investigating 109 cases in 24 states and Puerto Rico, Dr. Jay Butler, CDC’s deputy director for […]

The Centers for Disease Control and Prevention said Friday it is looking into the deaths of five children linked to the growing number of mysterious pediatric hepatitis cases across the country.

The agency is investigating 109 cases in 24 states and Puerto Rico, Dr. Jay Butler, CDC’s deputy director for infectious diseases, said during a media briefing Friday. Cases date back to October.

The latest case count is a steep increase from two weeks ago, when just 11 such cases had been identified. Those cases prompted the CDC to issue a health alert for physicians nationwide to be on the lookout for unusual cases of hepatitis, or liver inflammation, in kids whose condition didn’t have any obvious cause.

Butler said that of the 109 cases now under investigation, the vast majority have had to be hospitalized, and 14 percent required a liver transplant. All were previously healthy, without underlying conditions.

So far, the cases have stumped health investigators globally.

“There’s no link to one geographic area, common exposure to particular foods or animals, travel or to toxins,” Dr. Philippa Easterbrook, an infectious disease physician with the WHO, said during a media briefing Thursday. “We are looking at all possible infectious and noninfectious causes.”

The leading suspect is an adenovirus.

At the same time, the U.K. has noted an uptick in community spread of adenoviruses, Easterbrook said.

It is unclear whether the U.S. has experienced the same increase. Health care providers are not generally required to report adenovirus cases to health departments. (Other viruses that may cause outbreaks, such as hepatitis A, are reported.)

“We have not seen an uptick in the number of adenovirus infections, although we also recognize that there may be somewhat of a lag in reporting,” Butler said. “We’re looking at ways that we can improve our surveillance to be able to track adenovirus activity in the United States.”

Adenovirus infections are not uncommon in kids and typically cause a range of symptoms, from the sniffles to vomiting and diarrhea. But severe hepatitis linked to adenovirus is rare and usually found only in chronically ill children.

As investigators dig deeper, some are finding that a particular adenovirus — type 41 — may be a factor.

Five of nine children with this unexplained hepatitis in Alabama, for example, tested positive for adenovirus 41.

This kind of virus typically spreads through germs found in feces and causes vomiting and diarrhea, Dr. Umesh Parashar, head of the viral gastroenteritis branch of the CDC’s Division of Viral Diseases, said during the agency’s media briefing Friday.

Many of the new hepatitis cases have involved vomiting, but also symptoms that point to liver problems, such as dark urine and jaundice, or yellowing of the eyes and skin.

Parashar said it’s unclear why adenovirus type 41, if it’s ultimately determined to be the culprit in these cases, would affect the liver.

“It’s possible that there might be some change in the virus itself,” he said. Scientists are now working on sequencing the genome of the virus to determine whether it has changed.

Could Covid play a role?

There is no indication that Covid vaccines have anything to do with these cases; most affected children have not been vaccinated because they are too young to be eligible.

And most of these young patients are not showing up at the hospital with an acute case of Covid.

But because the cases seem to have coincided with the rise of the omicron variant in particular, some health officials are looking into another possible link: prior infection.

One hypothesis the U.K. Health Security Agency is investigating is whether a previous case of Covid triggered an abnormal response in these children’s immune systems, making them more vulnerable to the adenovirus.

“It’s a question that, I think, is still unanswered,” Butler said.

The CDC is working on ways to determine whether the children in the U.S. cases previously had Covid, including a mild or even asymptomatic infection that went unnoticed.

Doctors overwhelmingly want to assure parents that, while alarming, these cases are rare.

“Stomach bugs, vomiting and diarrhea are not uncommon in children,” the WHO’s Easterbrook said. “Only a very small proportion would ever progress” to liver failure and other complications.

“Until we fully understand the causes,” Easterbrook said, “basic principles of good hygiene and hand-washing should apply.”

Consider This from NPR : NPR 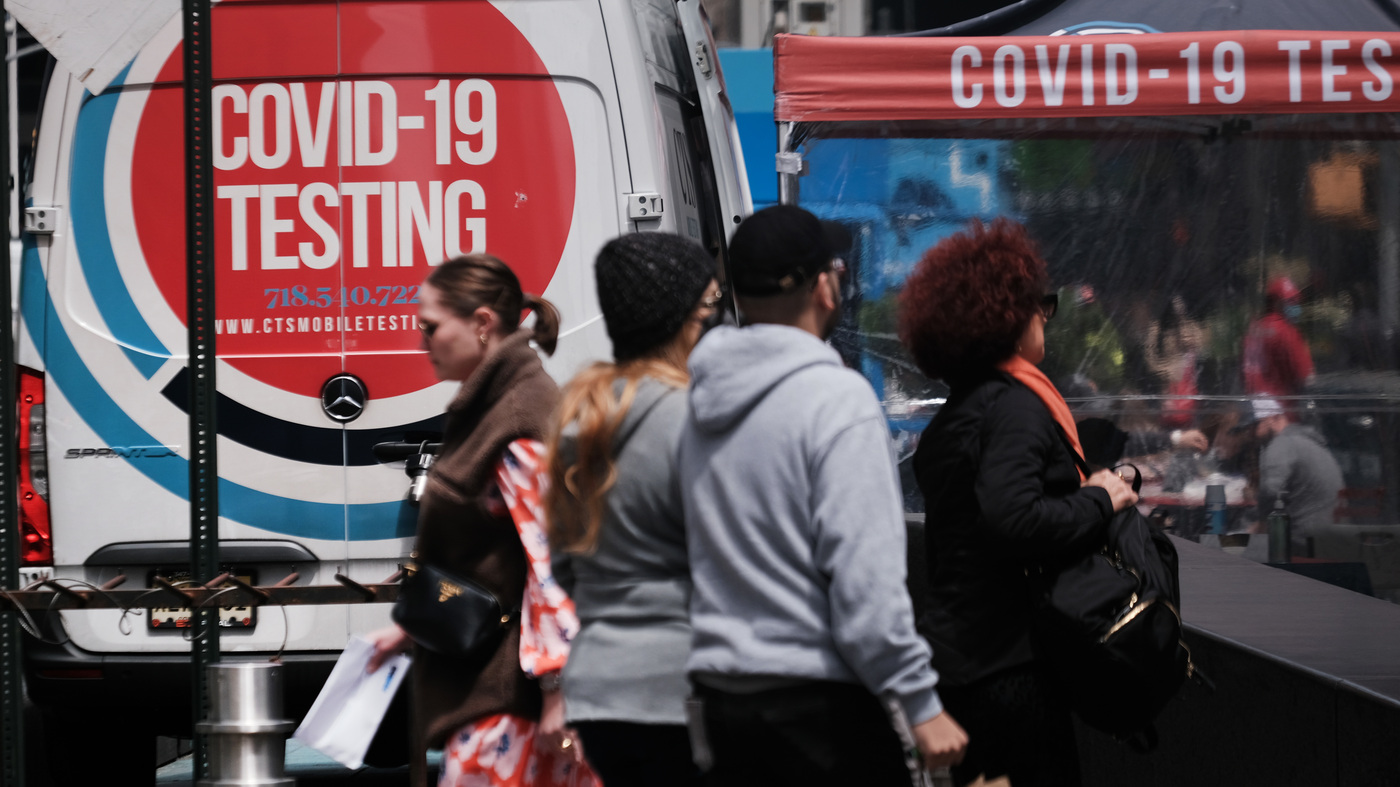