In numerous conversations over the last several days, Elon Musk began making promises about what he could do with Twitter. Mr. Musk, the world’s richest man, told potential investors that he could double the number of users on the platform to more than half a billion by 2025, four people […]

In numerous conversations over the last several days, Elon Musk began making promises about what he could do with Twitter.

Mr. Musk, the world’s richest man, told potential investors that he could double the number of users on the platform to more than half a billion by 2025, four people briefed on the conversations said. Not only that, he said, he could more than double Twitter’s revenue by that date and bring tens of millions of paying subscribers to the service, two of the people said.

Mr. Musk added that investors would make a handsome return if they bought into his pitch. And he told them that he would take charge of Twitter, at least for a time, as its chief executive.

Investors bought in. On Thursday, Mr. Musk revealed that he had raised around $7 billion from 18 entities to help fund his blockbuster $44 billion acquisition of Twitter. The investors were a mix of Mr. Musk’s Silicon Valley friends — including venture capital firms such as Andreessen Horowitz and tech moguls like Larry Ellison — as well as cryptocurrency companies, family offices, sovereign wealth funds, property firms and mutual-fund companies.

While many traditional private equity firms passed on participating because of concerns over Mr. Musk’s business plans for Twitter, Silicon Valley investors and others clamored to join the financing, people with knowledge of the situation said. The overriding reason was their faith in Mr. Musk, they said.

“We believe in Elon’s brilliance to finally make it what it was meant to be,” Ben Horowitz, a founder of Andreessen Horowitz, tweeted about Mr. Musk’s takeover of Twitter.

Mr. Horowitz, whose firm contributed $400 million, added that Mr. Musk was “perhaps the only person in the world who has the courage, brilliance, and skills to fix” Twitter’s issues and “build the public square that we all hoped for and deserve.”

1/First some news, we are joining Elon Musk’s bid for Twitter and investing $400MM into the company.

The new funding commitments were a sign that Mr. Musk, who leads the electric carmaker Tesla and the rocket company SpaceX, was continuing to figure out his plans for Twitter after striking a deal 10 days ago to buy the company. When the 50-year-old announced his intention to take over Twitter last month, he appeared far from prepared. He had no financing lined up, did not say who might lead the company and did not articulate how it might make money.

Instead, Mr. Musk spoke in general terms. He said he planned to take Twitter private so he could work on improving the product away from the public eye. He also said he wanted to promote more free speech on the platform.

The lack of a comprehensive plan was typical for Mr. Musk, who often acts on impulse and figures out the details later. That leads to plenty of risks and means investors often have to take a big leap to invest with him.

Even so, Mr. Musk’s seat-of-the-pants methods have led to tremendous successes, including making Tesla the world’s most valuable automaker and pioneering the privatization of space launches with SpaceX. That record helped draw the new investors — which also include Binance, the cryptocurrency exchange, and Qatar Holding, a sovereign wealth fund — to the Twitter deal, investors said.

“Many more people have made money betting on Elon than against him,” said Mark Pincus, who founded the social gaming company Zynga and knows Mr. Musk.

Many of the new investors also shared Mr. Musk’s views or interests. Just like the billionaire, for example, Marc Andreessen, a founder of Andreessen Horowitz, is a free-speech enthusiast and a backer of crypto technologies.

Mr. Musk said in a securities filing on Thursday that he was continuing to talk with other investors, including Jack Dorsey, Twitter’s co-founder. The two men have discussed rolling over Mr. Dorsey’s stake in the company so he would remain an investor once Mr. Musk took over, Mr. Musk said. He is also reviewing requests from other investors and could announce additional capital commitments in coming weeks, one person briefed on the matter said.

Mr. Musk and a spokeswoman for Mr. Dorsey did not respond to requests for comment.

Mr. Musk’s original financing package for Twitter included $13 billion in loans from seven banks, $21 billion of his own cash and a $12.5 billion loan against his shares in Tesla. With the new equity commitments, Mr. Musk said he was reducing the size of the loan against his Tesla shares to $6.25 billion. He has not outlined the sources of the $21 billion in cash for the deal.

The new funds could give investors more confidence that Mr. Musk’s deal for Twitter will close. Some investors had bet against that likelihood, given Mr. Musk’s unpredictable nature and how much capital he may personally be on the hook for. The deal is not set to close for three to six months. Mr. Musk must pay a $1 billion breakup fee if his financing falls apart.

“This was a smart financial and strategic move by Musk that will be well received across the board,” said Daniel Ives, a managing director and analyst at the investment firm Wedbush.

Mr. Musk’s bankers at Morgan Stanley reached out to some investors late last week, said one person who heard the pitch. In meetings, Mr. Musk criticized Twitter’s current state and pitched his vision for improving the company’s product and business model, the person said.

Mr. Musk told investors that he was highly confident he could double or triple their money. He added that while a return of five to 10 times would be a challenge, it was possible if all went well. The billionaire also promised to devote time and energy to Twitter, the person said.

The projected numbers included Twitter’s annual revenue exceeding $13 billion and its earnings before interest, taxes, depreciation and amortization — a measure of profitability — potentially hitting $6 billion by 2025, two people who viewed the numbers said.

Investors were given a few days to make a decision. Some balked at the speed and lack of detail on governance issues, including voting rights, information rights and the makeup of Twitter’s board of directors under Mr. Musk’s stewardship, one person said. The $44 billion that Mr. Musk is paying for Twitter was also a sticking point, given the company’s inconsistent profits, the person said.

Some investors didn’t wait for Mr. Musk to reach out to them. Binance contacted him directly, a person familiar with the situation said, and is investing $500 million. The cryptocurrency exchange saw an opportunity to use the blockchain, a database for digital information, to help tackle bots, which are automated accounts that spam people, the person said.

“A small contribution to the cause,” Changpeng Zhao, Binance’s founder, said on Twitter about the investment. (The company also recently invested in Forbes, aiming to integrate cryptocurrency with a traditional media company.)

Sequoia Capital, a Silicon Valley venture firm, invested $800 million and said it had “had a front-row seat to Elon’s business and technical prowess” for two decades.

“We see, as he does, the opportunity to drive meaningful product innovation that will help unlock Twitter’s full potential as a global platform that connects the world,” a spokeswoman for Sequoia said.

Brookfield, a real estate management firm, invested $250 million through its technology growth investing arm. The firm has used Tesla technology to add solar panels to some of its properties and recently invested in SpaceX. Brookfield declined to comment.

Other investors include Vy Capital, an internet-focused investment firm in Dubai; Litani Ventures, the investment fund for Peter Rahal, the founder of RxBar; and DFJ Growth IV Partners, a venture firm.

Prince Al Waleed bin Talal of Saudi Arabia said he planned to remain a Twitter investor, with a stake worth roughly $1.9 billion. Last month, the prince said in a tweet that Twitter should reject Mr. Musk’s takeover offer because it was not high enough to reflect the “intrinsic value of Twitter given its growth prospects.”

On Thursday, the prince, who did not respond to a request for comment, called Mr. Musk his “new friend” in a tweet. The billionaire will be an “excellent leader for Twitter,” he said.

Sun May 8 , 2022
MIT engineers have developed a paper-thin loudspeaker that can turn any surface into an active audio source. This thin-film loudspeaker produces sound with minimal distortion while using a fraction of the energy required by a traditional loudspeaker. The hand-sized loudspeaker the team demonstrated, which weighs about as much as a […] 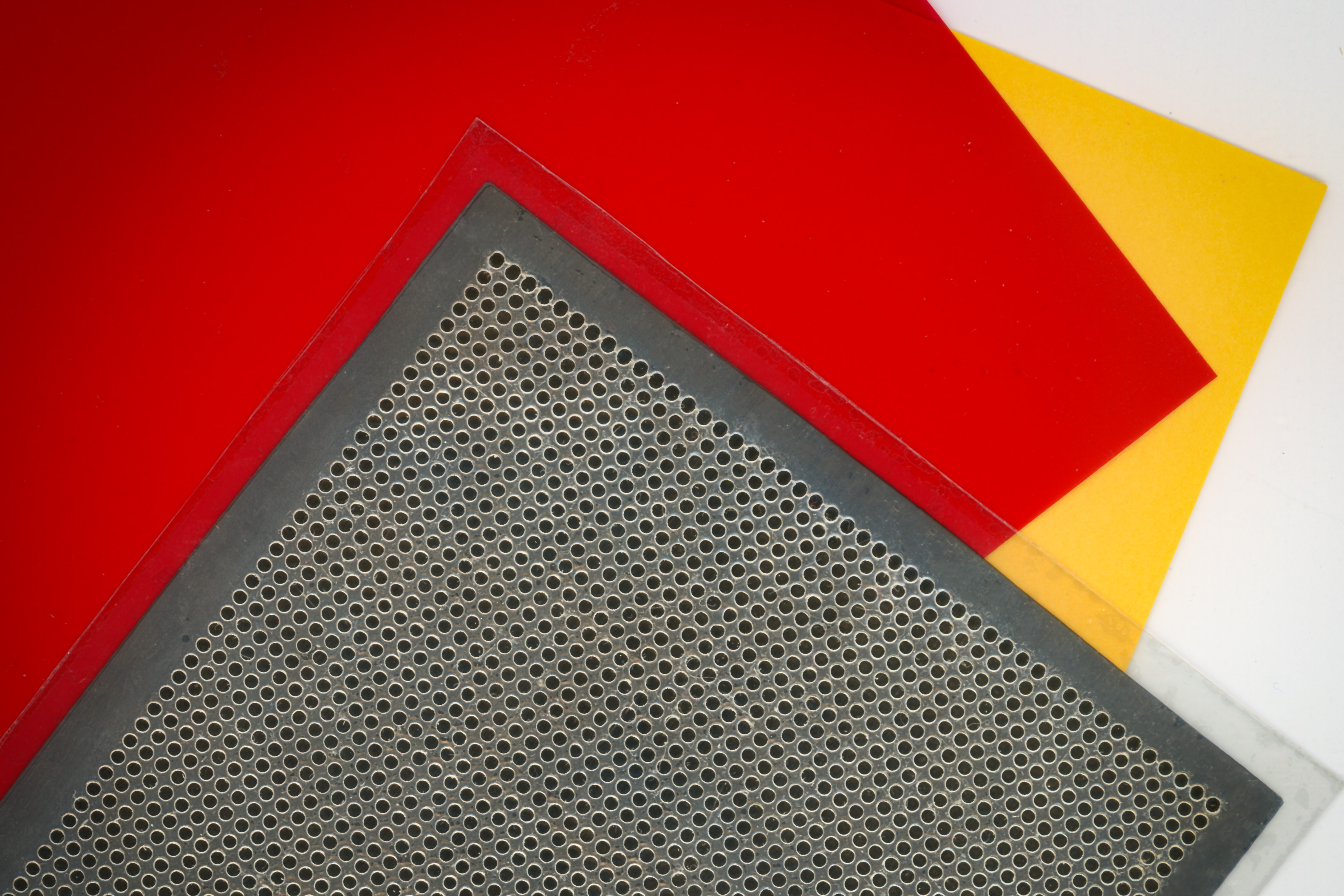